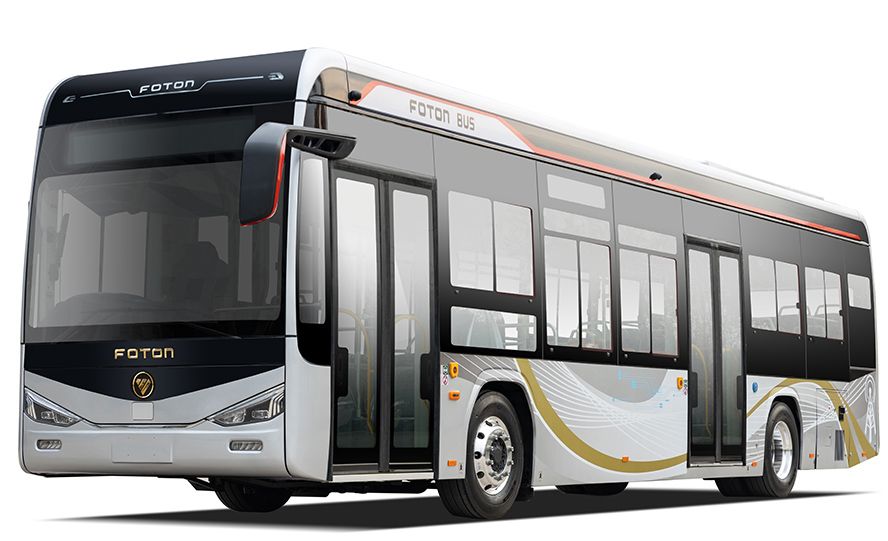 China-backed Foton Mobility has teamed up with industrial gases company BOC as it looks to accelerate the roll-out of hydrogen buses in Australia and New Zealand with a focus on decarbonising city bus fleets.

The first four Foton hydrogen buses in Australia are due to arrive here in March, after a delay of almost 12 months from original plans due to supply chain and other pandemic-related issues.

Two of the buses will go to Transit Systems, which purchased them last June, while the other two will be used initially in a road show to demonstrate usage of the vehicle around Australia to potential customers.

Foton’s first hydrogen buses are expected in Australia in March.

“We haven’t signed a deal yet but we will sell them quickly,” said Neil Wang, chief executive of Foton Mobility, a venture between TrueGreen Impact’s mobility division and China’s Foton,which has manufactured and deployed more than 700 of the vehicles around the world.

“We do have some orders coming, he said, citing “strong interest” from the major operators alongside questions about refuelling logistics and operations.

Hydrogen buses face still competition from electric buses, but several operators such as Transit Systems have indicated they expect hydrogen and electric buses to eventually operate side by side in their fleets. Hydrogen typically better suits the heavier end of the transportation sector, while electric battery vehicles are widely expected to dominate among passenger cars.

Buses powered by hydrogen fuel cells have about 100 kilometres extra driving range than the typical electric bus, the companies said, while just one refuelling station is needed at each bus station for back-to-depot city buses, reducing the infrastructure investment required. Hydrogen buses can be refuelled in 12 minutes, with one refuelling station handling 160 buses a day, they said.

Can hydrogen cars get a footing amid the battery blitz?

Under the alliance between Foton and BOC, which is part of Linde Group, the pair will examine a variety of leasing arrangements for hydrogen buses and hydrogen refuelling stations as they work to demonstrate the business case for using the vehicles in bus fleets.

South Pacific’s director of strategy Vesna Olles said collaboration was needed to develop scalable and affordable models to support the adoption of hydrogen buses in fleets across the region.

BOC and Foton have already started to work together to present joint offerings to providers to allow them to transition to hydrogen as efficiently as possible, with BOC focusing on hydrogen supply and refuelling, and Foton on the vehicle side, said Chris Dolman, business manager for clean energy at BOC.

He said the focus is on providing a solution that can get as close to parity as possible with electric buses or diesel buses, although few new diesel buses are expected to be bought in the next several years amid the pursuit of decarbonisation commitments.

BOC is also working with Hyzon Motors to provide hydrogen fuel cell buses from Hyzon to Fortescue Metals Group’s Pilbara operations, but the number of hydrogen buses deployed here so far is minimal – though is expected to grow.

“We see hydrogen as particularly of interest for the busing sector, so we’re expecting that’ll increase pretty significantly,” Mr Dolman said of the outlook for the domestic market for hydrogen-powered buses.

Foton Mobility had ambitions to have local production of hydrogen buses under way in Australia by early 2022 at TrueGreen’s manufacturing site in Moss Vale in the NSW Southern Highlands, but the timeline for that venture has also slowed.

Mr Wang said Foton was making preparations and getting the local expertise together to go ahead with a production plant once it secures enough commitments in orders.